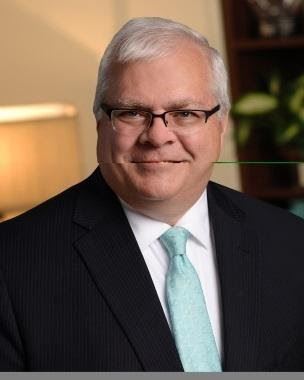 David T Applegate II, MD, MBOE graduated high school in Detroit, Michigan prior to attending The Ohio State University as a National Merit Scholar. He was presented a 1981 Outstanding Senior Award by the OSU Alumni Association and earned his BS degree in Biochemistry. During graduate studies he was a medical photographer at OSU University Hospitals.   He graduated from The Ohio State University College of Medicine in 1988 and then completed Family Medicine training at Riverside Methodist Hospitals, where he served as chief resident.  He is Board Certified in Family Medicine. He spent the next 24 years in primary care (Marion General and Bucyrus Community ED departments; Union County Health Department obstetrical clinic, and the majority of the time at COPC/Marysville Primary Care where he and his wife were founders).  He was an early adopter and promoter of advanced practice nursing.  He was the physician champion for NCQA level 3 certification as a Patient Center Medical Home at Marysville Primary Care.  In 2014 he earned his Masters of Business in Operational Excellence (Healthcare) and his Black belt in Lean/Six Sigma.  Having retired from family medicine private practice in 2014, he now serves as Chief of Primary Care Transformation for OhioHealth Physician Group.

In 2004, he was selected as the Ohio Family Physician of the Year by his peers.   Since 2005, he has been listed in the prestigious “Best Doctors in America” register.  He is an Adjunct Associate Professor, Department of Family Medicine, OSU College of Medicine and a Clinical Assistant Professor with the Heritage College of Osteopathic Medicine (Ohio University).  He is on the medical staffs at Riverside Methodist Hospitals, Dublin Methodist Hospital, and Memorial Hospital of Union County. He served as Chairman, Department of Medicine for Memorial Hospital (1993-2001).  After delivering more than 1600 babies, he retired the obstetrical portion of his practice in 2001.  He is a past president of the Charles B. Mills Center Board of Directors (Mental Health facility).  He currently serves as Medical Director for the Union County Sheriff’s Office and 6 Union County Fire Departments. He enjoys volunteering as a Team Physician (football) and medical advisor for the Marysville Exempted Village School District.  He belongs to the Ohio State University President’s Club. He is active in his church as lector, Eucharistic minister, and sacristan.  He has served in the ecumenical Central Ohio Emmaus community as well.  He is an instrument-rated private pilot and received the National Aeronautical Association’s prestigious Volunteer of the Year Award in 2004 for flying blood from Oklahoma City to New York City on the night of September 11, 2001. He has been active in Angel Flight and Volunteer Pilots of America.

Dr. Applegate began serving as the Ottawa Coroner in January of 2021 when no County resident ran for the position. In 2000, he was elected Coroner of Union County (Marysville, OH) and is currently serving his 5th term.  He currently serves as Treasurer of the Ohio State Coroners Association and has served as its Vice President, President, and Board Chairman in the past.  He has served on the OSCA Board since 2004.  He has served the Governor’s office and the Attorney General’s office on several task forces related to drug overdoses and death investigation.  He achieved Diplomat status in American Board of Medicolegal Death Investigators in 2012 and his Fellowship designation in 2013.  He is an associate member of National Association of Medical Examiners (NAME), member of International Association of Coroners & Medical Examiners (IAC&ME), and a member of Society of Medicolegal Death Investigators (SOMDI).

He resides with his wife, Dr. Mary Applegate, in Marysville, Ohio and have raised 3 adult children. The couple now spend their weekends year-round and weeks in the summer here in Ottawa County.